Brain injuries continue to be a huge concern for coaches, parents and athletes, particularly in football. Per statistics gathered by the Pittsburgh-based UPMC Sports Medicine Concussion program, of the estimated 1.7-3 million sports and recreation-related concussions sustained each year, 300,000 (or between 1/10 and 1/6) come on the gridiron. Overall, 20% of high school athletes in contact sports (football, soccer, lacrosse) will suffer a concussion. And, notably, half of all concussions go undected.

This week, Xtreme Performance Lab, which has treated elite athletes mentally and physically for three decades and recently launched its neuro-physical based athlete training services, announced its latest technology, NeuroPod PRO. The Injury Assessment and Recovery (IAR) service delivery platform, can compare an athlete’s brain activity against prior baseline measurements to look for signs of new brain trauma, concussions, and traumatic brain injury. 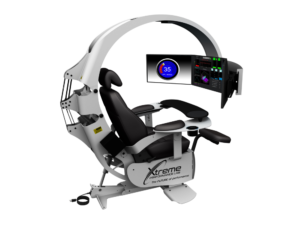 “XPL’s advanced brain mapping/qEEG technology is essential for baseline testing, accurate symptom identification, individualized treatment plans and quantifiable measurements regarding overall brain function.” said Michael Mark Psy.D., J.D., BCN, Director of Science and Technology at XPL, in a statement. “It provides us the ability to measure network dynamics that are simply ‘invisible’ to current diagnostic tools. We can now measure where the generators are in the brain that produce patterns that are significantly correlated with the severity of traumatic brain injury. This provides anatomical information about the regions in the brain that are deviant from baseline, enabling us to create recovery training protocols that target specific brain regions, symptoms and neural networks for improvement.”

For David A. Clarke, XPL founder and CEO, there are three significant featurs of the new offering.

“First is the ability to better detect the presence of both large and smaller brain trauma and provide critical, detailed information about location, scope and severity,” he told SportsMD in an email this week. “Unlike MRIs, which look for physical changes in the brain (e.g. bleeding and swelling), IAR uses advanced qEEG technology to detect even small disruptions in neural activity. This is significant as many experts estimate 30% of concussions go unreported or undetected.

“The second significant feature is the ability to use advanced neurofeedback and biofeedback protocols to target the location and functional area of the trauma,” he continued. “This results in a faster and better managed recovery process.

“The third significant feature is the ability to deliver the IAR service remotely via our patent-pending NeuroPod PRO device to any location in the world,” added Clarke. “It’s like bringing the doctor’s office to the athlete. This major convenience factor will lead to a higher level of regular athletic monitoring, which is sure to increase detection rates.”

As for long-term goals, Clarke is hesitant to outline any specific numbers, but said, “Being a very new type of service to the industry, there hasn’t been enough time for the necessary adoption levels to broadly study the impact IAR can have on concussion detection and recovery.

“However,” he noted, “the need for using this technology to mitigate the short and long term effects of brain injury is a growing one. With our ability to provide better tools to identify and manage effects of brain trauma, we at XPL believe IAR technology will be a key part of the overall solution.”

Feedback on the services, utilized by the MASL Ontario Fury indoor soccer team and college athletes at the University of Cincinnati, has been promising, according to Clarke.

“In our trial of 12 athletes from the University of Cincinnati, 100% said they enjoyed the training experience and felt the training was beneficial,” said Clarke. “At the Ontario Fury professional indoor soccer team, players saw improved statistical results on the field and learned to harness new mental skills off the field as a result from XPL Zone training. The team’s coach is now a staunch advocate of the training, lining up XPL’s services for the next season and promoting the training throughout the world of professional soccer.”

Cryohelmet A ‘Cool’ Way To Alleviate The Effect Of Head Injuries

Can ‘TackleBar’ Help Save Youth Football?

Can The Dentist Help Prevent Concussions?