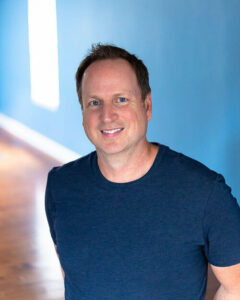 There was a time when Sean Conley was obsessed about one thing…kicking a football. So, what if he didn’t come from a pedigree of kickers or an area…Erie, Pa…known for athletes more for the prowess at other gridiron positions than putting a ball between the uprights? He had dogged determination to find a way. And find a way he did…to not one but three colleges, eventually ending up starting for a season at the University of Pittsburgh, and then through four near miss tryouts in the NFL and a stint in NFL Europe.

However, that determination led to overworking his body, sleeping in cars, financial issues and lots of self doubt, partially spurred on by Conley’s ADHD. Now in a new book, The Point After, Conley (@Sean_Conley_) looks back on that rugged push through a new lens, that of an accomplished and respected Yoga instructor and entrepreneur, who learned through loss, mindfulness and even flexibility that the best results are often accomplished away from the field. 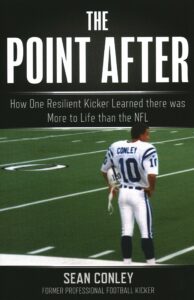 Conley has worked with professional and college teams and scores of pro athletes, along with young people, housewives and blue collar business owners in his studios in Pittsburgh, to help all overcome issues and use health mind to lead to positive and healthy body.

We caught up with Sean to talk about the book, his lessons learned, and the vital needs of flexibility, grit and balance as a healthy lifestyle whether you are playing for the Steelers or feeding your expanded family.

As a kicker the mental game is the toughest. How did you learn to recover from mistakes so quickly?

There is a saying amongst kickers. You’re only as good as your last kick. I didn’t learn this skill overnight. It was through experience that I realized if I chose to beat myself up over misses, that it only hurt me for my next kick. So I learned early in my college career that in order to be successful long term, I had to have a short memory.

Who was the person who helped influence your mental toughness and why?

Amos Jones. He’s currently coaching with the New York Giants. He was my special teams coach at The University of Pittsburgh. One day after practice I was in his office watching video of myself from that days’ session. I replayed my foot placement mistakes over and over again. He told me to “stop”. He shared with me a story about his former coach, who happened to be Bear Bryant. He said after a game, when reviewing film, Coach Bryant would focus on showing plays that the players excelled in and less time on their mistakes. His goal was to reinforce positivity. This was a mental game changer for me that changed the trajectory of my career and helped me land a contract with the Detroit Lions a year later. 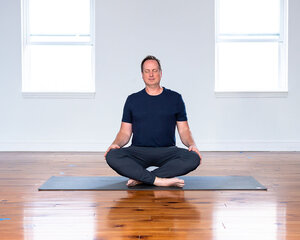 You went through tough times in being over conditioned. What has changed since you were trying for the NFL in terms of conditioning that you could have used then?

If I knew what I know now, I may have had a longer career. I used to always think more was more. I always felt like I wasn’t training hard enough. Today a lot more strength and conditioning coaches are more aware of the power of rest, balance, and moderation. More teams incorporate practices such as yoga, pilates, and stress the importance of sleep and meditation.

Who gave you the best advice from a professional standpoint, and what was it?

Barry Sanders. The team was in London to play the Cowboys in an exhibition game. After a night in the taverns I came into the hotel and Barry was reading a book in the lobby. We chatted about football and other things and I shared with him my concern that my time with the Lions was probably limited and I would soon be looking for another job. He told me “There is more to life than football.” I had a hard time believing him in that moment, but he was 100% right.

The mental stress on kickers may be the greatest in all of sport. What advice do you give to those trying to make it?

To incorporate some kind of mental training into their regimen. Yoga, meditation, mindfulness, breathing etc. They can gain skills from these kinds of practices that will help them move on quicker after setbacks. Also, just because you had a bad game or kick, the solution is usually not more kicking. Pushing or trying harder won’t make their kicks go straighter or further.

Let’s talk about mindfulness. When and how did mindfulness grow in football to where it is today?

I think the biggest breakthrough for mindfulness in the sports world started with the Zen Master, Phil Jackson with the Bulls in the 90’s. If the Bulls were doing it, then everyone should be doing it. It soon found itself in the NFL when players such as Eddie George, Dan Marino, etc started practicing yoga.

Yoga has a great deal to do with flexibility as well. Have you found athletes large and small now adapting to techniques, and who are some of those people?

Yoga can be great for flexibility, but where it really helps athletes is mobility. Athletes have so much strength that they lose mobility and even balance. But yoga poses can help maintain or increase range of mobility which is invaluable for athletes. The biggest name athlete who practices yoga on a regular basis is the GOAT, Tom Brady. He took up yoga very early in his career and he has said that yoga is one of the keys to his longevity and his attitude.

You teach yoga to a wide swath of people, what are some of the biggest surprises you have seen in terms of mindfulness and flexibility?

When I first got into yoga, I thought it only helped physically. Over the years, I have heard countless powerful stories how yoga has helped people beyond looser hamstrings. Dealing with divorce, loss of a loved one, anxiety, self-esteem, and many more emotional issues.

How important has yoga become from a mental health standpoint for athletes?

A practice such as yoga is vital. It is very easy for athletes to get stuck in self-loathing. Most athletes are perfectionists. This has helped them go very far in their sport. It helps them achieve goals, accomplishments, etc. However, sometimes when things don’t go the way they want them to, it can result in feelings of stress and failure.

There was a recent study of college student-athletes that found that a non-judgement mindfulness meditation helped improve their mood and recover from stress.

Whenever I meditate with athletes I always include a non-judgement mediation. Instead of searching for the things that didn’t work out or that they think they need to fix, they use positive affirmations, that allow them to:

experience self-compassion, and non-judgement; reminding themselves to not take everything so seriously and perhaps even celebrate their accomplishments

What advice do you give athletes who don’t see yoga as a key part of success?

I think most high level athletes will agree with the notion that sports are 90% mental. And if they believe that, why would they spend 0% of their training on their minds? Even if they do yoga and/or mediation for just 5% of their training AND commit to it on a regular basis, their mental game/strength will increase dramatically.

Is there one central theme that you learned going through your professional football experience that stays with you in your second act in health and wellness today?

To remember to have fun in what I do and not take myself too seriously. To be grateful and be in the moment. I was lucky to play with Jim Harbaugh in Indianapolis. He always had a joyful attitude and it was obvious that he LOVED football. That spirit and joy is infectious and spreads.

Can ‘TackleBar’ Help Save Youth Football?