Football gets the lions share of attention when it comes to head injuries and how to prevent them, but sports like hockey, soccer, lacrosse and basketball are also in the crosshairs as doctors, trainers and coaches look for ways to play safer.

“Back in 2012, my two boys were playing football, but because of time constraints, fundamentals were being taught incorrectly–especially tackling,” said Tomlin. “While I started out just making this for my kids, I realized many parents would be very interested in helping their kids play the game safer…’HEADZ Up Coach’ teaches you better mechanics and better fundamentals of the game.”

Injury law firm Weinstein Legal of South Florida noted in a recent study that more than 3.5 million kids ages 14 and under receive medical treatment for sports injuries each year, 21 percent of all traumatic brain injuries among children in the United States are associated with participation in sports and recreational activities, with 62 percent of organized sports-related injuries occurring during practice.

With that in mind, Tomlin developed this one of a kind product to be used as a training aid during practice which reminds players at any level to keep their heads in the upright position with eyes looking straight ahead. Dr. Christopher Cellucci, partner of CMO Group modified the technology, so that athletes in other sports, regardless of gender, may use “HEADZ Up Coach” to train, since many require the head to be in the upright position. The reach of the product expanded, but is not limited to sports such as: Basketball, Lacrosse, Soccer, Hockey, and Rugby. As a result, the joint company, Athlitis Inc. has launched and will manufacture the product out of Berwyn, Pennyslvania. 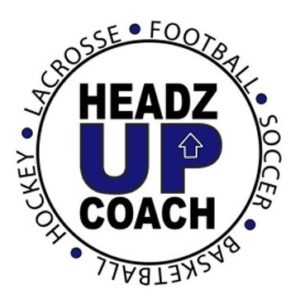 This quarter-sized Intelligent Eye-Black Technology™ attaches to the cheekbone via a custom piece of adhesive-backed tape, similar to eye-black, with a small pocket that houses the sensor. When the athletes head lowers into the danger zone where critical head and neck injuries can occur, an audible or vibration alert is emitted to inform the athlete to lift his or her head into the proper safe zone.

“This product is all about being aware of the position of your head when training,” said Dr. Cellucci. “Especially at a young age, it’s important for kids to start making it a habit.”