Amidst all the excitement of the District of Columbia’s first World Series appearance in 86 years, another D.C. institution got a huge lift that received somewhat less attention but will have an even bigger impact on youth sports in the region. One of the country’s largest and longest-serving children’s hospitals got a big boost last week when Washington-based non-profit Fight For Children announced a $5 million gift to Children’s National Hospital, also located in the nation’s capital. 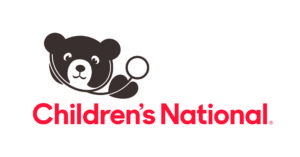 “We are grateful for Fight For Children’s leadership in helping Children’s National establish this new center,” said Dr. Kurt Newman, president and CEO of Children’s National. “Thanks to their generosity, student-athletes of all ages will be able to benefit from care designed specifically for them and achieve new heights.”

Parents and communities, looking to get youngsters off the couch and out onto the fields and courts, have helped spur a recent rise in participation by youngsters, according to several studies. With this comes the need to not just treat injuries but also to prevent them, an important part of what Children’s National hopes to achieve with the center.

“When kids are healthy and able to participate in sports, the benefits they derive transcend age, race, gender, income, and class,” said Keith Gordon, president and CEO of Fight For Children. “We’re proud to join Children’s National in establishing this center as the premier facility to keep all children moving on the field, in the classroom, and into the future. This project embodies our mission and the legacy of our late founder, Joe Robert, Jr., whose life passion was helping children.”

The largess of the late philanthropist Joseph Robert Jr., is largely responsible for the establishment of the center, among the many benefits of his creation of Fight for Children nearly three decades ago.