It should come as little surprise that the global running gear market is expected to grow over the next five years. A study by Research and Markets entitled Running Gear Market: Global Industry Trends, Share, Size, Growth, Opportunity and Forecast 2019-2024 released earlier this month projects a 6% increase in the industry over that time frame.

Included in the report are such items as shoes, gloves, jackets, tights, smart watches and goggles, used for running and related activities. It also points to “smart” running gear, which “enable consumers to track their fitness progress, thus helping in keeping an enhanced motivational spirit during formal fitness training” as another area of potential growth. 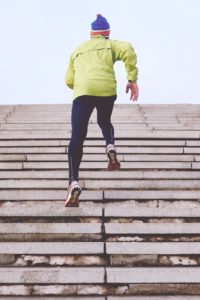 Other insights from the report include:

How Running in the Cold Can Reduce Risk of Hip Injury