Former WWE Superstar Kevin Nash will donate his brain and spinal cord to the CTE Center at Boston University and the Concussion Legacy Foundation after his death, he told ESPN.com’s Michael Rothstein on Wednesday.

“Chris Nowinski started the program, and I’ve had several concussions throughout my life and had scans done and stuff and knew that somewhere down the line, I’ve already had short-term memory problems,” Nash said. “I decided to go ahead. The only way you can diagnose this is after you’re dead.”

SportsMD Insights: What can you do to prevent chronic encephalopathy?

Because the cause of CTE is known, the prevention of CTE needs to focus on the proper diagnosis and management of athletes who have sustained concussions along with adhering to guidelines before returning to play. Unfortunately even with the advances lately in the management of concussion, they may not be enough.

It’s the parents and the coaches’ responsibility to ensure that no athletes return to sport until they are completely symptom free of all signs and symptoms of concussion at rest and with full activity. Returning an athlete too early to sport after a concussion may also place the athlete at risk for second impact syndrome (life threatening brain injury).  For more information on CTE visit our detailed CTE article.  Chronic traumatic encephalopathy 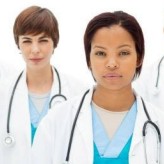