The Colorado Rockies Baseball Club is working with Physimax technology to improve its players’ athletic performance and reduce injuries. 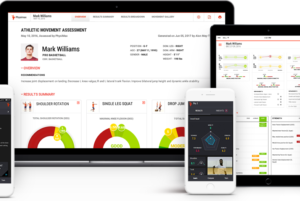 The Rockies are using Physimax to evaluate their Major League and Minor League players at Spring Training and during the season. “We needed a practical, data-driven tool for our staff and players to provide a quick objective assessment with recurrent follow-ups and actionable insights to a large group of players that reside in different locations, all integrated within our day-to-day routine,” said Keith Dugger, the Rockies’ head athletic trainer. “Physimax saves us time with comprehensive musculoskeletal assessments in minutes, and with real-time, easy to interpret feedback.”

“We are excited to support the Colorado Rockies’ training and medical staff,” said Physimax Co-Founder and CEO Ram Shalev. “Physimax helps teams and clinics to upgrade their standards of care by providing objective musculoskeletal analysis and offering comparable, population-specific, data-driven scores, with proven impact on reducing injury costs and rates.”